May 08, 2014
The California University Los Angeles, academics expect a new cold war after Putin took the Ukrainian Crimea. If you have a new Cold War, wonders and Romans, it will succeed Putin to restore the USSR?: Of course not, is my answer!

We live in a different century, and things are more complicated now than in 1947.

Is Putin Going too Far? Consequences of Empire, and Stupid Leadership in Russia

Is World War III in The Making? It seems  that History has gifted us 20 years of peace, and Eastern Europeans enjoyed this time, getting out of the communist goulags, searching for work around the world, getting educated in the West, and joining their families especially in America, after 9/11 hit us in the U.S. Unfortunatelly Putin cannot take the huge failure of the fall of the Soviet Union. The Big Bear  is espousing  the extreme right's ideology in Russia, that is Vladymir Zhyrinovsky's craziest ideas he wants to put into practice, out of grandomania. He even swears that he will boicott the Olympic games in Los Angeles, California in Summer. I have many Russian friends here in the U.S. and we agreed that he even wants Alaska back, which was Russian before WWI.

News From EUROPE, Is Russia Trying to Remake The USSR? 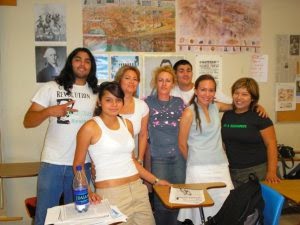 Bad news from Russia: Putin is A Nationalist- will try to reframe the old soviet union.

Just as Zsyranovsky  put it in his speeches 10 years ago, Putin will try to reframe the ex - USSR.


As the famous advertising slogan   for potatoe chips goes, in Romania:  "Bet you can not eat just one.." perfectly illustrates the attitude of Vladimir Putin towards his neighbors  - viewed as potatoe chips, (metaphor for Eastern European Countries used as buffer previously) and from any territory that was once the Russian annexation of Crimea.
This time, Putin would love to devour the whole bag of chips, said Fox News analyst Ralph Peters, retired American officer and specialist in Russian relations in an article published by the New York Post today, may 5, 2014 .

What people do not understand about Vladimir Putin is that Putin craves power for the Lost Soviet Union, as the only power he knew was he communist style work in the KGB, the golden era of the USSR.