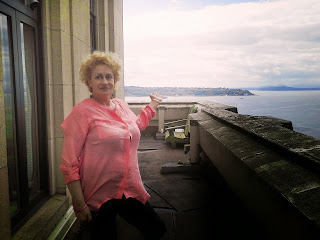 Facebook Did It Again: Facebook is on CIA-s PAYROLL: The new Facebook application for mobile devices can "listen" to ambient sounds through the microphone:
Snowden was perfectly right when he decided to expose the NSA heavy surveillance on the entire global population.

Even Facebook has become a network handed over on a plate by Zuckerberg to the CIA & FBI to infiltrate and hunt down all type of people.

The new FB application, already embedded in your iphone, or Android, for example can pick up conversations we are having, or music we are listening to. Literally turns on automatically, even if the phone is shut down, and is recording your ambient.

A new feature added to Facebook  is an application for mobile users everywhere stirs  a lot of anger. Concerned that it might be spied at any time by phone or tablet microphone, some of them staged and a petition asking the removal  of a tool considered unnecessary anyway. Introduced as a communication aid for mood detection, t…
Post a Comment
Continuation Dr Olga Lazin -Andrei
More posts